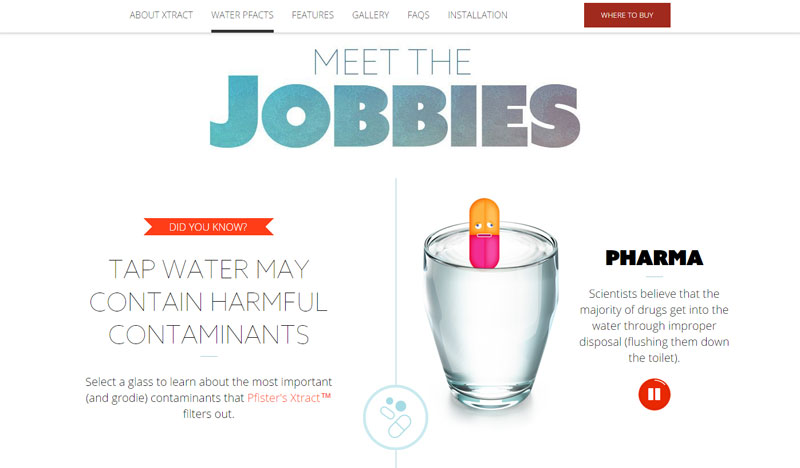 This was a really fun project! I got to experiment with fun interactions to add life to the pages (such as the little jobbies peeking from the bottom of the panel when you hover over the play button on the main page) and also had the opportunity to experiment with transitions and animation.

I have a whole blog post about this site, so I won't go into too much more detail here. Overall though, I had a great time working on it and learned a lot - I tried to do better with performance

A quick disclaimer: I fully developed the content on About Xtract, Water Pfacts, Installation, and most of Features (less the Innovations panel). Parts of the other pages were pulled from an existing landing page, so not all of the front end dev on those is my own.