Upgrading the responsive Kwiket Kevo microsite to a new aesthetic. 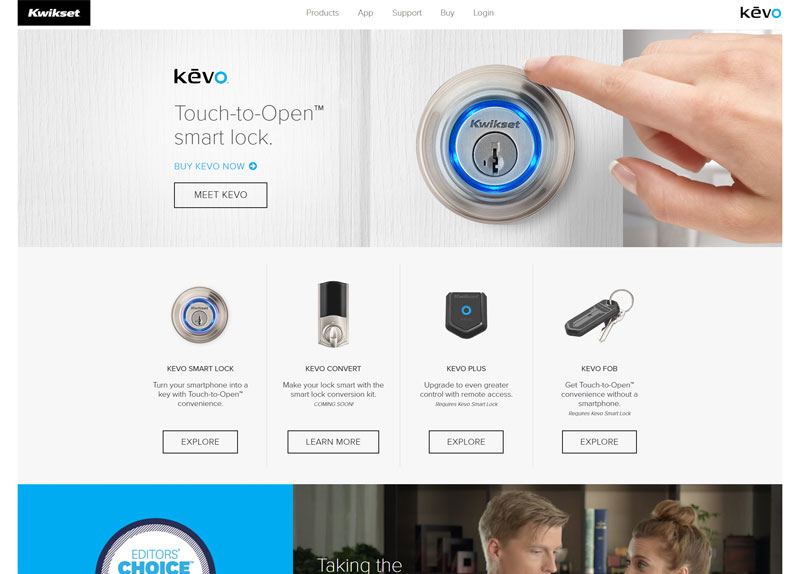 I started this website with the goal of having very clean css, since ideally we want this site to go into the newly redesigned Kwikset.com site when that happens. With that goal in mind, I decided to try using the BEM naming convention for CSS. I honestly thought that BEM was super ugly looking, but I'd seen its praises sung often enough to be curious.

What resulted is, I think, one of the cleanest sites I've ever worked on. I was able to reuse a lot more CSS than I normally am able to and loved that I could have so many reused components across the website. I can probably count the number of specificity issues I encountered on one hand. In a word: awesome.